The first #EPICEVENT on the Tustin Scion rooftop, was well…EPIC. Nothing short of spectacular Young Tea and brother Meng Tea of the FRS86 crew really put on a nice show. Nothing too big, nothing to small, but the vibe was perfect for a Thursday night get together for Scion enthusiasts.

Is there anything more awesome than having the reigning Scion SEMA Tuner Challenge winner on display in an air conditioned rooftop display box? 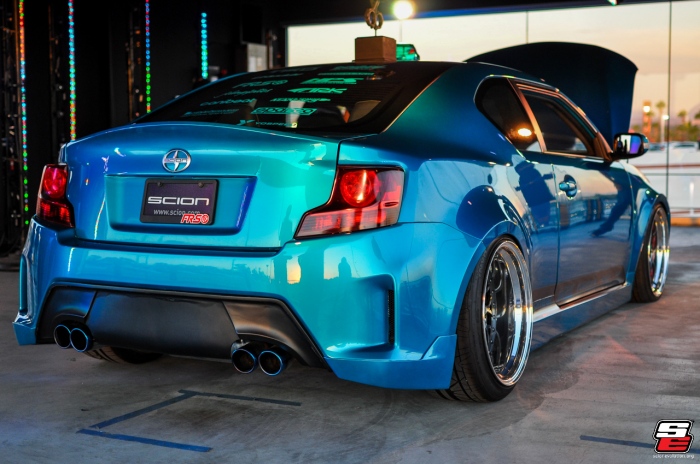 This babe has been getting around a lot since its first debut at SEMA back in Novemeber. Nice to catch it again as I’m sure it will continue its tour with Scion. 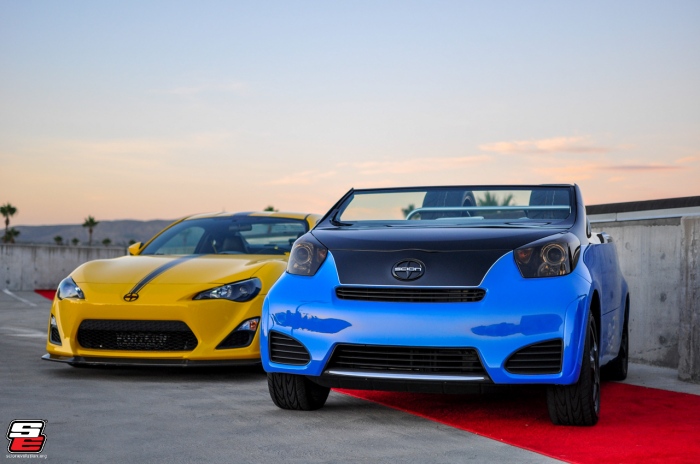 The red carpet from the display box lead to a couple other well-known Scion builds. 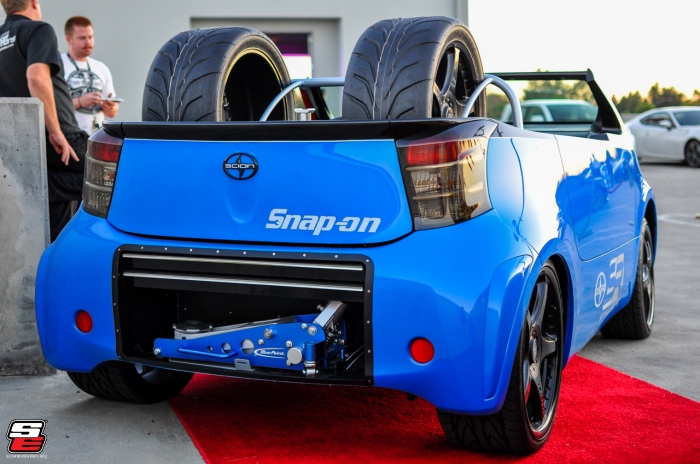 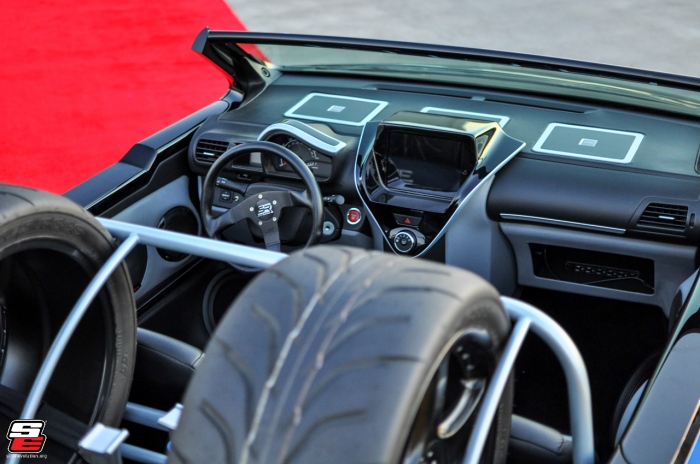 The Snap-On IQ…ready to be at your service

Decided to head downstairs to see what the rumbling was about…

False alarm, it was just Denny trying to park… 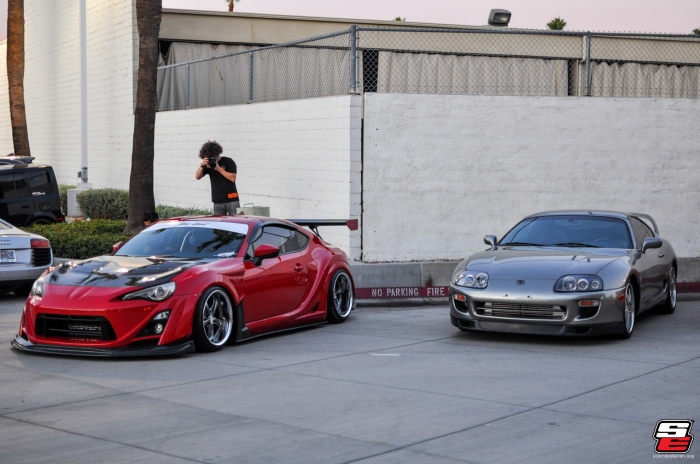 But my walk down the stairs wasn’t for nothing after spotting the Barnum brothers just arriving to the meet. Noel and his Varis kit FR-S and Bert and his newly purchased MKIV. #Phaze2 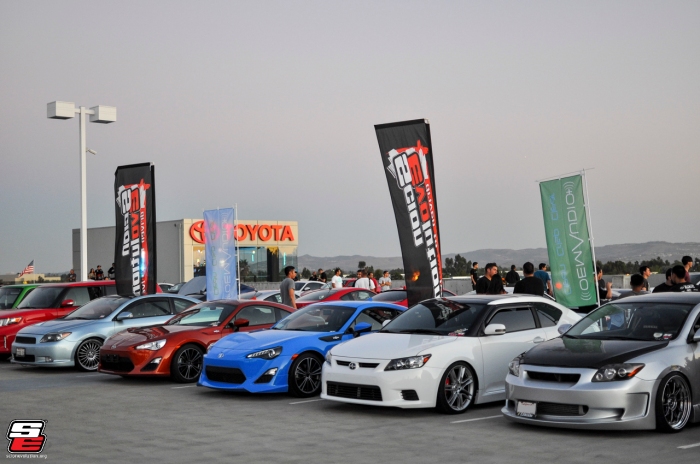 Back to the top, posted up with the rest of the SE members: LtoR- Tito, Paul, Kristin, Me, Manny. Other members also showed up to show their support. Good times. (And thanks OEM Audio+ for lending some of your flags!) 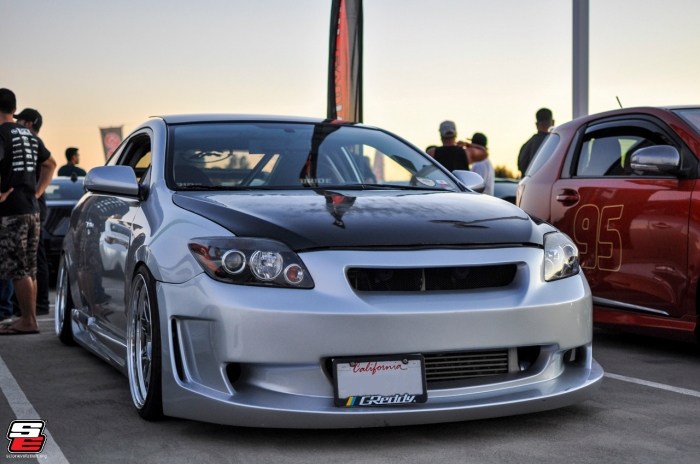 Manny always stunning with his silver boosted tC, hands down still one of the best complete tC1 builds I know.

Our star of the night goes to our newest member Kristin. The center of attention with her self-(well with some help from her husband)-wrapped FR-S! Awesome job for a first timer, make sure you catch her at 86fest!

One of our best supporters, Troy brough his personal Five Axis Design Edition FR-S to the epic event. 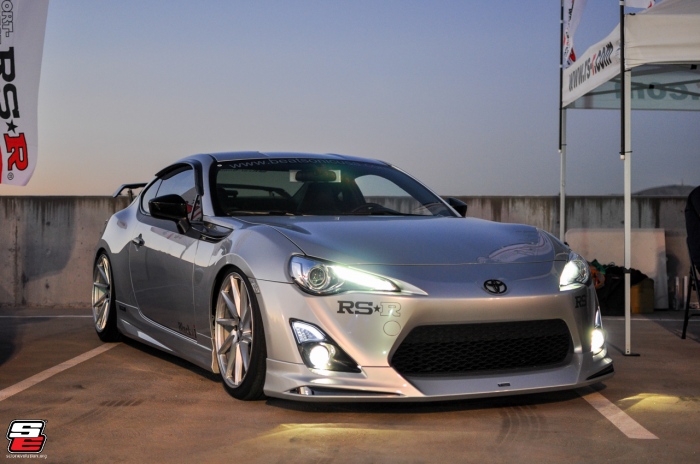 The FR-S game was definitely on point all night… 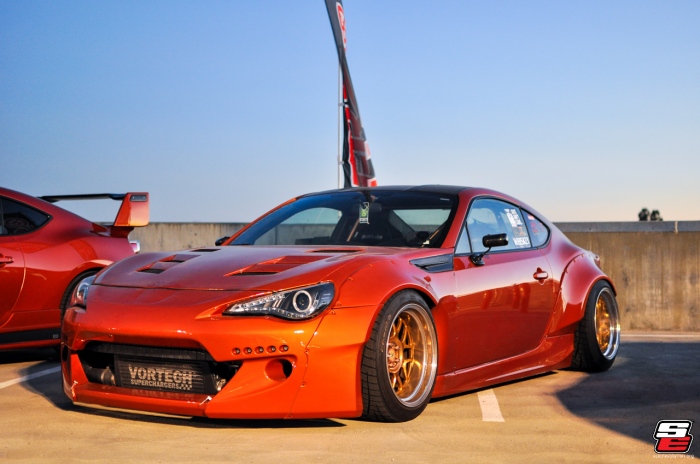 Got an orange crush on #StayCrushing? Robert always flexing his aggressive FR-S. 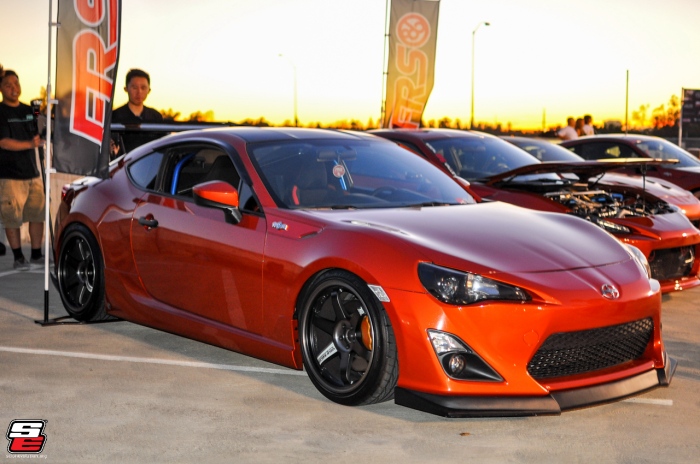 Rounding out the orange is the new black crew, Meng and his hot lava-again FR-S with new TE37’s. If you haven’t seen his car a shows recently it’s cause he’s been working it into a track star this year, can’t wait for what’s next! 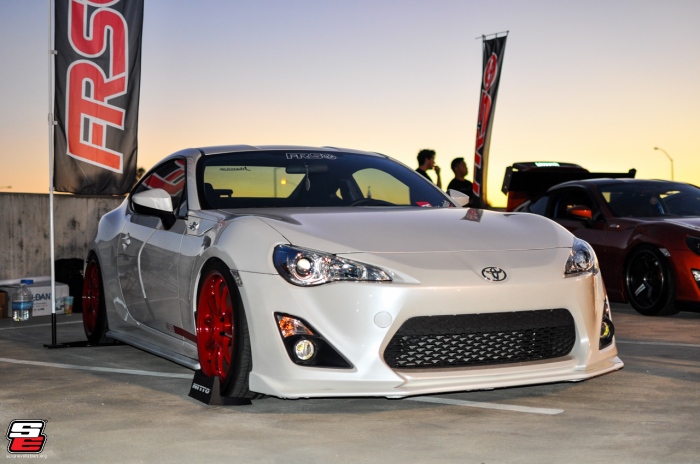 Also with an unwrap, Young’s whiteout Stillen kitted FR-S. I barely saw him through out the night and when I did, he was off running in a matter of minutes. Busy man putting on an Epic Event. It was a great one and hope he’s up to do more! 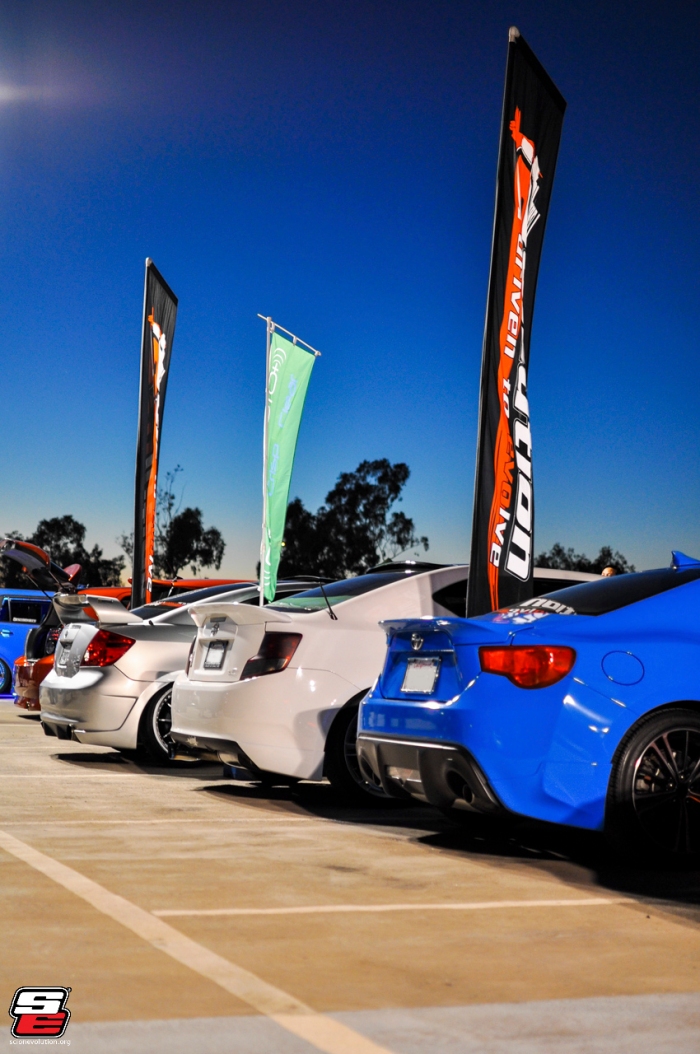 Got one of these? Click to check out what SE is About!